Direct shear is one of the oldest and the most common Geotechnical tests in order to determine soil shear resistance and its relevant parameters. In this test, that is mostly carried out in two scales (10*10 & 30*30), soil resistance against applied shear in various vertical loads is determined and with the help of obtained results, cohesion of soil & internal friction angle can be identified. In this apparatus all variables (parameters) such as time, vertical & horizontal displacement, vertical & horizontal loads and test rate are applied or read automatically and at the end the result is stored as an Excel file in apparatus memory card. In this case, operator errors during the test are eliminated. With test repetition and finding more points, Mohr coulomb failure surface can be plotted. General specifications and the differences between two direct shear apparatuses produced in MTM are presented in the following table. 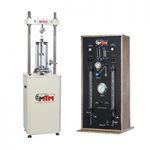 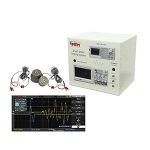